Today, in Novi Sad (Serbia) the Protocol on Cooperation was signed between the EXIT Foundation and the Youth Association  Youth Capital of Europe Novi Sad 2019 – OPENS, which in 2019 marked the long-standing cooperation between the two organizations. Having initiated the candidacy of Novi Sad for the Youth Capital of Europe as the holder of the project and brought it to the finals, the EXIT Foundation left the process of leading the  to the youth organizations of Novi Sad, which brought the city’s historic title this year.

“We are extremely proud of the fact that our city is this year’s Youth Capital of Europe. From the very beginning, EXIT has been giving intense support to OPENS, from launching the candidacy, through promotions at the Exit festival and other projects across the region, while in the championship year this support will be maximized. three important   years for the city of  Novi Sad are expected: 2019. our city is the Youth Capital of Europe, 2020. We will celebrate 20 years of EXIT festival in great style, while in 2021 Novi Sad will be the European capital of culture. EXIT will make huge efforts to use these important titles and anniversary to bring the image of Novi Sad in the world and the number of tourists visiting our city to the level that we could only dream of before ” said Dušan Kovačević, founder of the EXIT festival.

“Our program already involves cooperation with Exit, which through the EXIT activity opens the door, so signing a memorandum of cooperation was a logical next step. One of the reasons why Novi Sad became the Youth Capital of Europe is precisely because of the great support from the region, as well as the plans and programs that connect young people in the whole region, and EXIT, with its support, regional name and festivals, is a logical partner ” OPENS coordinator Vukasin Grozdanovic.

The first in a series of events to celebrate the title will be the ceremonial opening of the European Youth Capital in the Novi Sad Synagogue on Saturday, January 26th, after which  will be followed by a party in the SPENS Grand Hall. EXIT, through concrete assistance in organizing and securing foreign performers, supported this event, featuring stars that last year performed at the main stage of the EXIT Festival. They are the super-popular British hitmaker Jax Jones, the French rock-dance duo Ofenbach and the Turkish house DJ Mahmut Orhan. Regional support for the event will be given by the legendary Van Gogh, the popular soulman Marko Louis, and the Sarajevo band Helem Neuse.

During 2019, OPENS will present, as in 2018, young people from the region and around the world to events organized by the EXIT team – Festival 84 at Jahorina, Sea Star in Umag, and the Sea Dance Festival. OPENS will also be promoted through other projects involving EXIT, such as “Youth Heroes”, a campaign that promotes positive models in society, then “Youth Fair”, a joint regional initiative that the Balkans positioned as one of the most attractive destinations for young people in the world , but also through numerous other Exit projects and campaigns.

The highlight of cooperation and promotion will be realized at the EXIT festival itself. Following the example of the past two years, the zone that brings together civil society organizations from across the region will again be named OPENS State of EXIT Zone, where a number of topics of social significance will be presented. Within the festival will be the winner of the music competition “OPENS Karavan”, which will be organized throughout Serbia in the first half of 2019. 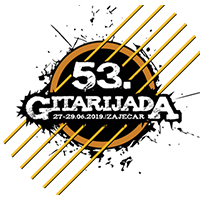 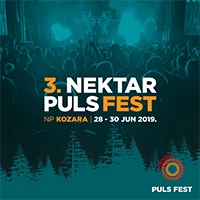 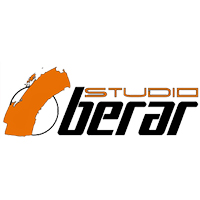 The legendary Pixies on September 1st in Belgrade

KHEIRAWI & THE SHAMASASS released the blues EP SOUNDTRACK FOR THE...

ON THIS DAY Steve Harris was born